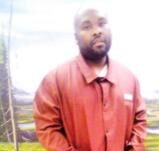 Lorenzo Cat Johnson was convicted for a crime he didn’t commit in 1995, but various judges and state actors kept him behind bars for decades despite much evidence indicating his innocence. He was later freed by the attorney general of Pennsylvania in 2014, but the Supreme Court reinstated his sentence just five months later, forcing him back into prison. After fighting for two decades, Johnson found freedom again in 2017 and has since been advocating on behalf of prisoners.