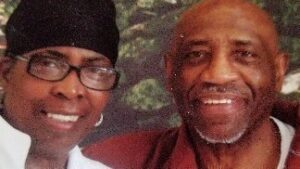 “What the court of public opinion has to understand is overcrowded prisons is a businessman’s dream, because crowded prisons mean a stationary clientele to sell all sorts of goods. Prison stock is traded on Wall Street. Prison-based gerrymandering is another illegal scheme.”

Edward Sistrunk, better known as Omar Askia Ali, is currently at SCI Rockview. According to his family, Omar was framed without evidence as a political prisoner due to his active participation in the Nation of Islam. Before he was convicted of a crime that he didn’t commit, Omar was a professional boxer, entrepreneur, and father of nine children. While local law enforcement was absent in keeping their community safe, Omar was doing his part to make Philadelphia a better place. Even in prison, Omar has passionately worked on behalf of his own community by continuing to direct the Boxing Association of America, participating on the Human Rights Coalition, and working on other initiatives inside and outside of the walls of SCI Coal Township.