To see the slideshow and hear Mumia's speech, click here.

I thank you for your kind invitation to join you in voice today.  I’ve been away from Goddard College perhaps longer than most of you have been alive.

I last walked on campus during the late 70’s.  But although it was undoubtedly quite a long time ago, it still sits in memory, and sometimes even visits in dreams of the funky atmosphere that suffused the campus like a cloud of exhaled marijuana smoke.  What really moved me however, was the green life, the abundance of grass, trees standing like ancient sentinels.  The majestic mountains of Vermont which possessed a beauty that was, to a guy from the city, simply breathtaking.  I remember with crystal clarity walking through woods back to our dorms, Third World Studies, and feeling pure rapture in the presence of those trees.  How many centuries had those trees stood on this earth? My mind looked back to Indians who must’ve trod through these very same woods; my steps touching the ground that once crunched under their moccasined feet.  Not only have these surviving remnants of their once great numbers been vanished from the land of their fathers, but the reverence with which they held these lands, their collective embrace of Mother Earth, has been vanished as well. 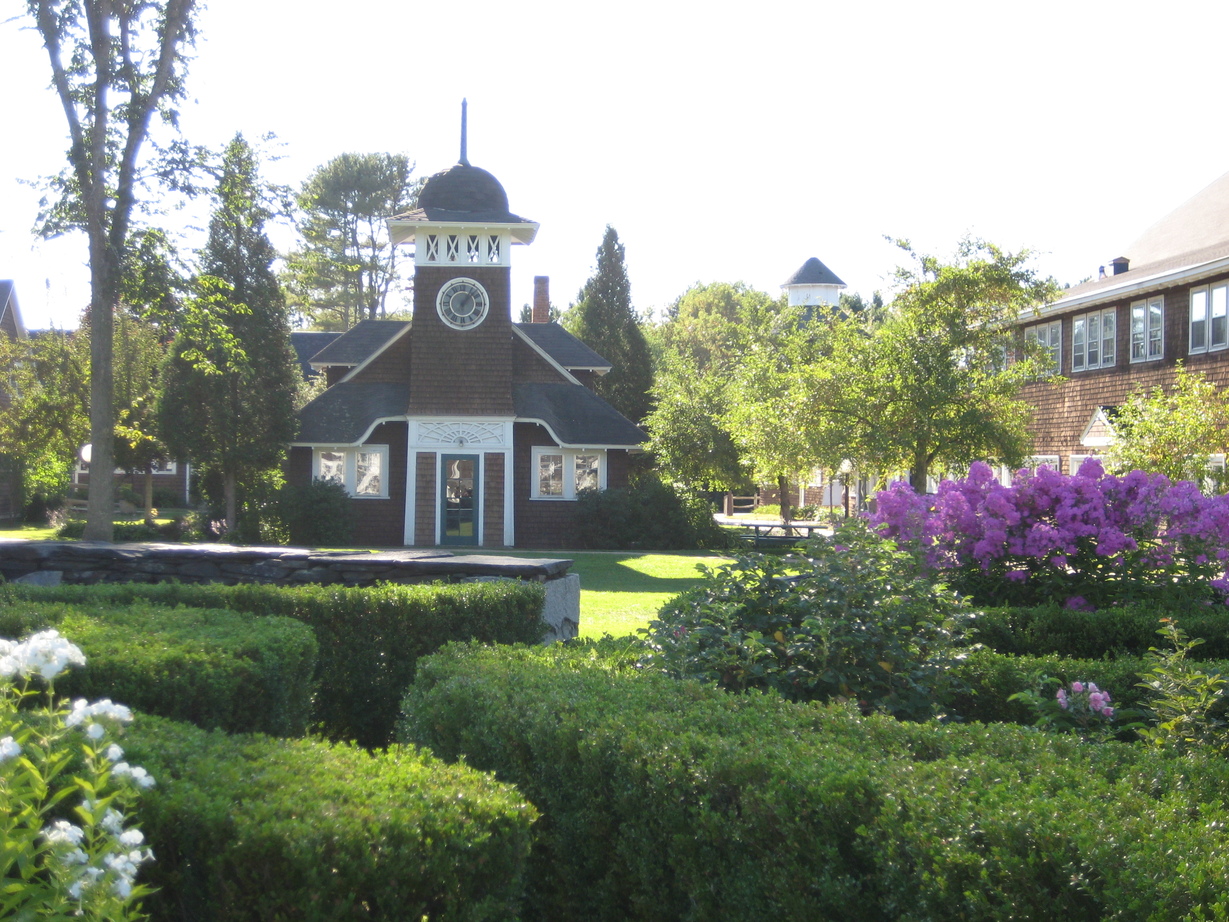 That living immensity, more sacred than anything built by man, has never left me and rises up like a phoenix whenever I think of the campus.  But of course what really matters here is not my experience, but yours.  This is your commencement and as such, I will dwell on the world that you are about to enter into – in habit, and true to Goddard’s founding ideals, hopefully transform.

As we all know Goddard is rightfully famous for its non-traditional teaching methods focus.  Here students stand at the center of the educational endeavor and they are urged and expected to follow that vibe in their hearts.  That which gives them passion to determine not just what they will study, but how those studies can have impact and meaning in the larger society - Y’know, this aint a cookie cutter school.  Goddard, deeply influenced by the ideas of John Dewey (1859- 1952), strives to reach that happy and singular medium between the teacher and the taught.  With one exploring with the other how best to achieve a meaningful resolution to questions that arise in the life of the mind.  Quoting Dewey: “Education is not preparation for Life.  It is Life itself.”

Dear graduates, never have words such as these been truer to the hour that is upon us.  For the nation is in deep trouble - largely because old thinking both domestically, and globally, has led us into the morass that the nation now faces.  Which may be encapsulated by references to place names that ring in our minds:  Gaza, Ferguson, and Iraq – again!  These are some of the challenges that abide in the world, which it will be your destiny to try to analyze and resolve.  As students of Goddard you know that these challenges are not easy, but they must be faced and addressed.

The Brazilian scholar Paulo Freire, and his groundbreaking Pedagogy of the Oppressed posits the power of literacy to transform psychology, to deepen and broaden ones place in the world.  Moreover, when one seeks to interrogate ones radical beliefs, it draws one deeper into contact with the meaning of social change and social transformation.  One is changed; the prerequisite to social change.

Goddard, because of its size and orientation, has given students the time and attention to find the focus to answer questions that few other places have even dared to entertain.  In many ways it is issues such as these that make Goddard, Goddard.  Questions of power, of politics, of race, of gender, of place.  Questions about where one stands in the world, and how to move, act, interact in a world awash in complexity.  Essentially how does a young person, or for that matter even an older one, looking at the vast wide world with a quiet sense of terror have a voice amidst that monstrous din?  How does she find that voice that can create space to think? To be? To grow?

We know that it must come from the place within – that which moves you, that which stirs you.  That which is your truest, deepest self.  Goddard, unlike most such institutions of higher learning, quietly asks that you listen to and interrogate that voice, and when appropriate, amplify it. For who knows?  Within that deepest you may dwell the very voice that is resonating within the nation if not the very world itself.  Here social change and social transformation forms the raison d’etre of Goddard.

We need new questions for the world of the 21st century.  But more importantly we need new answers.  We live in a world where massive wars can be launched by rumors and innuendo.  Where the material interests of corporations are superior to the interests of working people, and remember – corporations are people - so sayeth the Supreme Court.  Where the ecological threats to fresh water supplies, clean air, and the environment in American cities, pulls challenges that seem beyond arcane.

Did I not say that we need new thinking?  The present social, political, ecological and global course is, to say the least, unsustainable.  Perhaps some of you, new graduates of Goddard, will think up ways to forestall some of the challenges facing the living and generations unborn.

I noted earlier my reverie in the woods of Goddard that exquisite freshness and the wintery air, the nighttime respiration of hundreds of magnificent evergreen trees has refreshed my mind even when miles and decades away from Goddard’s sweet cool earth. Our cities, built during the heights of the industrial age and now engulfed in post-industrial ennui badly need a greening.  Areas should be set aside where children and mothers can breathe and remember air loaded with freshness delivered by green life, not air conditioned.  Think of the myriad of problems that beset this land and strive to make it better.  That’s Dewey’s vision, and Goddard’s.

Let me say something that I’ve never said before.  When I came to Goddard, I was intimidated.  Although teachers and adults told me that I could do the work, I rarely believed them.  I felt woefully unprepared.  But guess what?  Goddard gave me confidence and I never lost that feeling.  When I returned to Goddard many years later, I was a man on Death Row, with a date to die.  I was able to transfer credits from Continuing Education and my final paper utilized the writings of Franz Fanon and Ignacio Martín Barό, to examine the concepts of both in liberation psychology and liberation theology.  Only at Goddard.  Only at Goddard!

Goddard reawakened in me my love of learning.  In my mind I left Death Row to travel to France, where Fanon studied psychiatry.  And on to Blida hospital, north of Algiers, where he practiced and later joined the Algerian revolution.  By studying Martín Barό, I traveled to El Salvador, where he worked as a priest and psychologist, teaching literacy to peasants when the nation groaned under military terror, supported by El Norte, the U.S. Empire.  Who were these figures? Well, Fanon was born in the Caribbean Island Martinique, then a colony of France.  When he witnessed the oppression of the Arabs in Algeria he felt compelled to join the revolution on the side of what he called ‘the wretched of the earth.’  Ignacio Martín Barό was among six Jesuit priests, a housekeeper and her daughter slain by the U.S. trained Atlacatl Battalion, a notorious Salvadoran death squad.

Goddard supported those “trips abroad,” if only in the mind, and I thank the school and many of my friends and alums there immensely for opening a door closed for decades.  Goddard allowed me to really study what interested and moved me – revolutionary movements, and through that doorway - history, psychology, politics, and of course economics.  In one of the most repressive environments on earth, Death Row, Goddard allowed me to study and research human liberation and anti-colonial struggles on two continents: Africa and Latin Central America.  I thank you for that grand opportunity.

For you graduates, your studies - visits to lands beyond your own - were done to give you both insights and confidence to work in the world, to try to create social change.  Your job isn’t how to get a job.  It’s to make a difference.  I thank my friends at Goddard for inviting me back.

If it’s done for you half of what it’s done for me, I assure you, you will have been well served.  Now take what you know and apply it in the real world.  Help be the change you’re seeking to make.

I thank you all.

Click here to listen to this message on Vimeo.