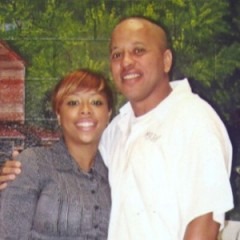 “I’ve been incarcerated for 22 years now and I’m an activist, I’m an organizer, I’m a freedom fighter, abolitionist, whatever is necessary in this fight behind these walls and cages.”

Melvin Ray, better known as Bennu Hannibal Ra-Sun, is currently located at St. Clair Correctional Facility. He is one of the founders of the Free Alabama Movement, a campaign to end mass incarceration and abolish the prison-industrial complex led within correctional facilities throughout the south. He has written several pieces and participated in several interviews about the Free Alabama Movement, all of which feature his eloquent testimony about the need for change.

Much of what the Free Alabama Movement advocates for is dependent on economic transformation, or what Ra-Sun calls “economic direct action,” as a means of delivering liberation. In 2018, the Free Alabama Movement organized a campaign to boycott phone calls to prisons in order to disrupt the profits that correctional facilities receive from such lines of communication.