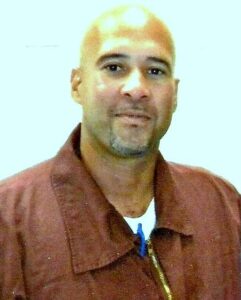 View All Commentaries by Bryant Arroyo

“This is survival mode. When you’re backed into a corner, you fight to live.”

Bryant Arroyo is currently located at SCI Coal Township. He is, according to friend and mentor Mumia Abu-Jamal, “the world’s first jailhouse environmentalist.” He earned that title after successfully organizing his fellow prisoners against the construction of a $400 million coal gasification plant that was slated to be built 300 feet from SCI Frackville—a plant that would have poisoned the environment around the prison and the nearby community. Because of his fearless activism, the project was ultimately scrapped.

Sentenced to life without possibility of parole for a crime that he did not commit, Arroyo has since fought tirelessly for the betterment of himself and his fellow prisoners. With educational materials for English language learners nearly nonexistent, he tutors his fellow Spanish speakers using the Workers World newspaper. He has spoken at Harvard University and Haverford College, testified at a roundtable discussion on prison conditions in Center City Philadelphia, and been the keynote speaker at the 2018 Yale Environmental Forum. He is currently fighting against the for-profit privatization of the prison mail system, encouraging his fellow prisoners to boycott the mail service entirely since the 2018 implementation of draconian new policies in which inmate mail is sent to a for-profit third party where it is opened, photocopied, and stored on private servers.

Mumia on the tragic murder of Tyre Nichols #tyren

Mumia speaks on the death of Tyre Nichols