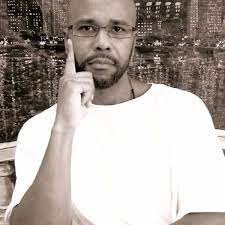 “You are your own liberators and always remember: when you’re right, you can always fight. And when you wrong, you can never be strong. Imagine a brand new world in which we can all live in together and bring into existence. Together we will win.”

Kerry “Shakaboona” Marshall is currently located at FCI Williamsburg. He is a human rights activist co-heading the Human Rights Coalition and Coalition to Abolish Death by Incarceration. In addition, he is a council member of Decarcerate PA and has held various liaison positions in SCI-Graterford and SCI-Mahanoy. He is also a founder and editor of The Movement magazine and a published correspondent for various media outlets like Prison Radio, Socialist Viewpoint, San Francsico Bay View, and Workers World.

In 1998, when he was only 17 years old, Kerry “Shakaboona” Marshall was forced to serve a sentence to life without parole. He spent the next three decades fighting for his freedom within the walls. While in prison, he became politicized and strove to be a leading example for his peers. “This human rights activist, this brilliant mind, this person defied all odds and transformed himself against and in defiance of everything within the prison system and in his prison experience that wanted to corrupt him and drag him into the prison culture. He fought against that and is a shining example of the human capacity for transformation and redemption,” said Kempis Songster, another human rights activist recently paroled. In 2012, after the Supreme Court ruled that life without parole was unconstitutional, Kerry “Shakaboona” Marshall was re-sentenced to 29-to-life and was made eligible for parole release.