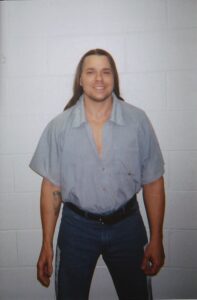 “Grew enamored with consciousness—wings of the mind

Soared aloft to a blue and insatiable height

On a tempest of chemicals … heavenward peered

But the dragon had long disappeared.“

Christian Weaver is currently located at Trousdale Turner Correctional Facility. He is a prolific writer with a large body of work including two short plays, one full play, several poetry collections, and a book of essays. He has also been published in various magazines and published his own prison column titled “The Pen and the Sword.” He won an Honorable Mention and Second Place award for Poetry in 2010 in the PEN Prison Writing Contest.