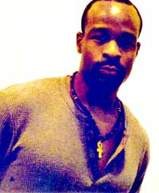 Keith LaMar, better known as Bomani Shakur, is currently located at Ohio State Penitentiary. He was put on death row in Ohio after allegations of his involvement in the Lucasville Uprising of 1993 despite no evidence indicating such. In 2004, he would go on to publish a book titled Condemned: The Whole Story to talk about what had actually happened during the Lucasville Uprising and how he was accused for a crime that he didn’t commit.