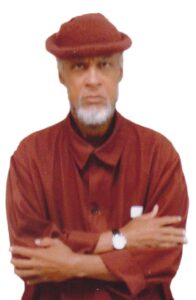 “Unless I do something to get myself out of this hole, these people will keep me in this hole until I am dead.”

A native of Philadelphia, Joe-Joe was a young member of the “30th and Norris” street gang before his incarceration politicized him. Released in 1971, his outside activism was cut short a week following his release when Joe-Joe was confronted by an officer of the notoriously brutal Philadelphia police department. The police officer was killed in the confrontation, and Bowen fled. After his capture and incarceration, Bowen became a Black Liberation Army combatant, defiant to authorities at every turn. In 1973, Joe-Joe assassinated Holmesberg prison’s warden and deputy warden as well as wounded the guard commander in retaliation for intense repression against Muslim prisoners in the facility. In 1981, Bowen led a six-day standoff with authorities when he and six other captives took 39 hostages at Graterford Prison as a freedom attempt and protest of the prison conditions.

Joseph “Joe-Joe” Bowen is legendary to many prisoners as a revolutionary. “I used to teach the brothers how to turn their rage into energy and understand their situations,” Bowen told the Philadelphia Inquirer in 1981. “I don’t threaten anybody. I don’t talk to the pigs. I don’t drink anything I can’t see through and I don’t eat anything that comes off a tray. When the time comes, I’ll be ready.”

Joe-Joe is currently held in Pennsylvania. He has been in prison since 1971. He is currently imprisoned at the State Correctional Institute Fayette (SCI-Fayette). He has survived several heart attacks and underwent bypass surgery. He is 74 years old.