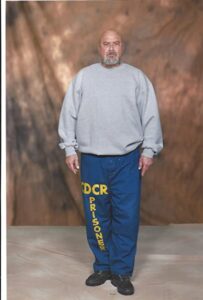 “Our time is spent pacing the length of the yard, which is approximately 26 feet.”

Cesar Villa is currently located at California State Prison, Solano. He is a prolific writer who has published several short stories in publications such as The Storyteller and Rejected Quarterly. He has also published short story collections including “The Looking Girls” and “To Whom It May Concern,” as well as a compilation of prison writings called A Generation of Dark. In addition to his literary pursuits, he is also an activist who detailed the injustices of California’s prison-industrial complex when he was formerly in solitary confinement.