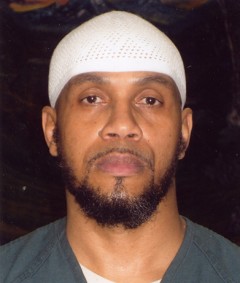 Imam Siddique Abdullah Hasan is a spiritual leader and activist. He was subject to numerous attempts of retaliation by prison administrations for his involvement in the Lucasville Uprising of 1993 at Southern Ohio Correctional Facility and has been put both in solitary confinement and death row for his revolutionary activities.

In 2017, Hasan faced further attempts of retaliation for featuring in a Netflix documentary titled Captive regarding the Lucasville Uprising of 1993. Because filmmakers did not have permission to record material of him, Hasan ended up being punished for showing up in unauthorized video footage. Specifically, his phone and email permissions were suspended indefinitely under the pretext that such privileges would pose a threat to public safety. Such restrictions, as lawyers have pointed out, were nothing more than infringements on the First Amendment for political prisoners whose discourse challenges state power.

Still incarcerated today at Ohio State Penitentiary, Hasan serves as one of the many examples of how far the state is willing to go in order to punish dissidents who challenge its injustice. His unique mistreatment suffered as a result of his revolutionary activities is definitive proof that the United States does indeed hold political prisoners captive despite all its attempts to deny doing such.