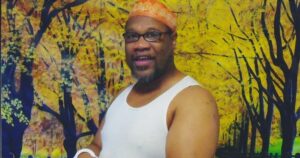 Reginald Sinclair Lewis is currently located at SCI Phoenix. He is a writer who has self-published two collections of poetry—entitled Leaving Death Row, Inside My Head—as well as his third book, Where I’m Writing From: Essays from Pennsylvania’s Death Row. For his writing, he has won several awards from PEN America and been featured in over a hundred publication. His political analysis is articulated in a structured manner in commentaries such as “From The King,” “Behind The Iron Curtain” and more pieces which can be found on Prison Radio. His subjects focus on topics of political candidacy, white supremacy, and civil rights.

Mumia weighs in on the Supreme Court's Roe v. Wade