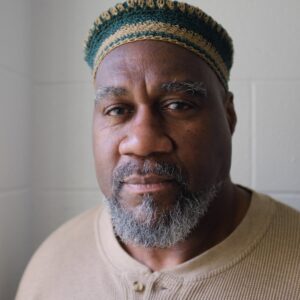 Anthony Bottom, better known as Jalil Muntaqim, is currently on parole after being incarcerated for half a century at Attica Correctional Facility and Southport Correctional Facility. He was convicted alongside Albert Washington and Herman Bell for the alleged killings of two police officers and, as a result, has faced numerous attempts of retaliation by the state—including routine denial of parole. Before he was incarcerated, he was a member of the Black Panther Party and the Black Liberation Army. He is also the author of We Are Our Own Liberators: Selected Prison Writings, a collection of essays that he wrote while in prison.